What is another word for disclaim?

This thesaurus page is about all possible synonyms, equivalent, same meaning and similar words for the term disclaim.

How to pronounce disclaim?

How to use disclaim in a sentence?

Get even more translations for disclaim »

Find a translation for the disclaim synonym in other languages:

Discuss these disclaim synonyms with the community:

Are we missing a good synonym for disclaim? 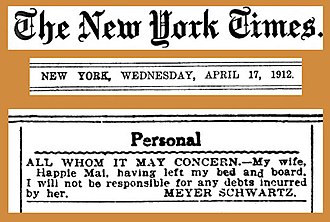